October 12, 2017
As some of you may or may not be aware of, Eminem came out of whatever this retirement thing he has been apparently in and out of to rain hellfire and damnation on the current resident of 1600 Pennsylvania Avenue at the BET Awards Tuesday night.

If you did not see it live or have not viewed it in your FB feed since airing, here it is:

After that happened, my social media timelines were on fire with people wondering JUST how (or if) 45 would respond.  I’m bullshitting, everyone just KNEW he would, it was a matter of when.  If you follow me on FaceBook, you have seen 45 direct his ire at various opponents in rap battles, presented through his WILDLY active Twitter.  Apparently, he also has a SPECIAL Twitter account that only allows certain Tweets to be seen by certain people.
Well, he responded to Em on THAT channel and BOY did he go in! 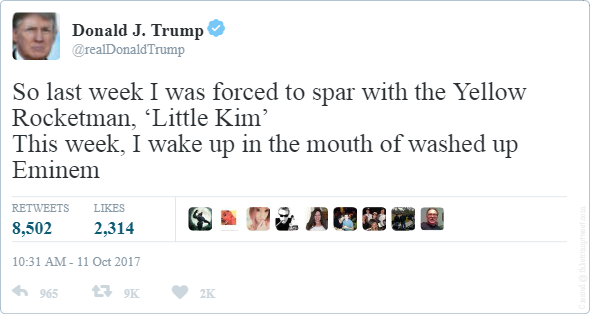 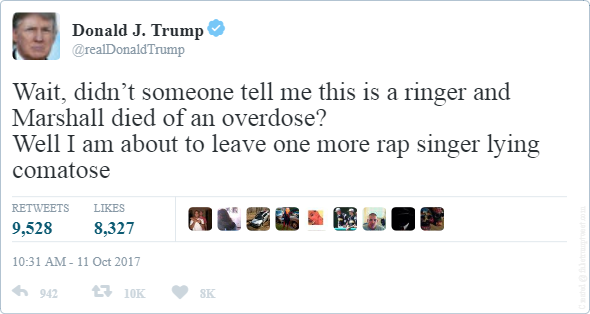 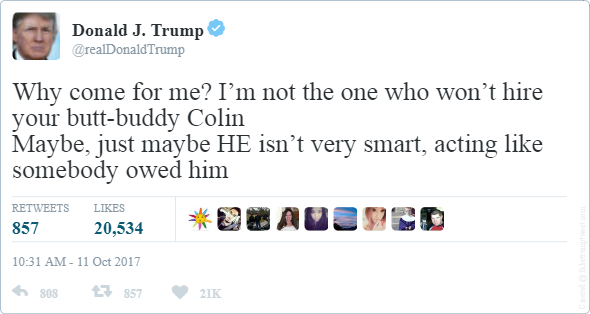 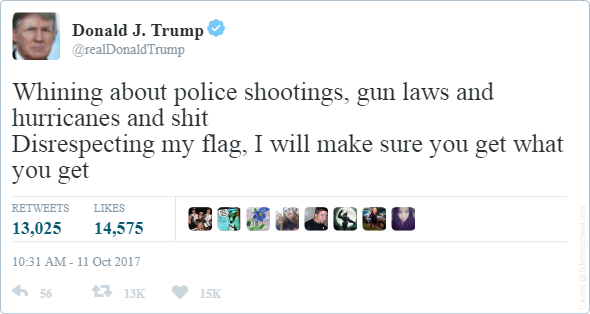 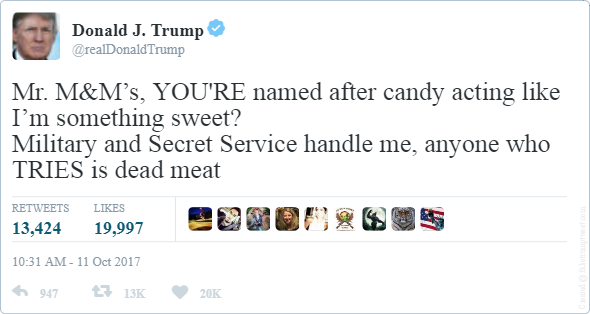 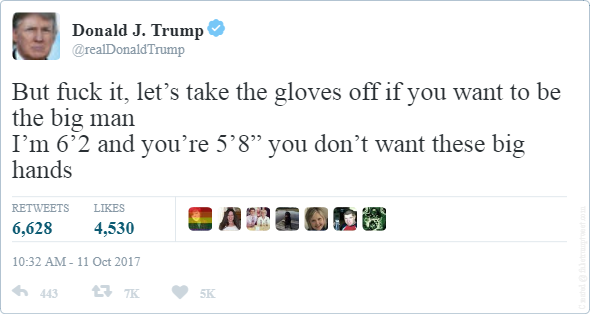 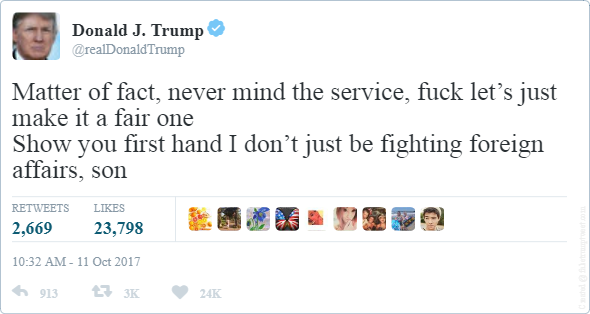 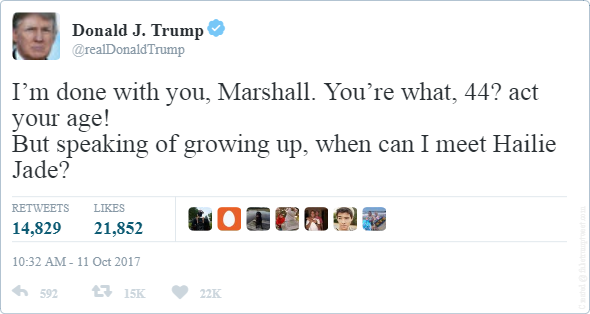 It seems to me that The Notorious DJT (or his ghost writer) is not to be trifled with by the likes of these little rapper types after all.
45 activism battle rap beef bet awards donny got barz eminem not my president politics protest true story true trump tweets