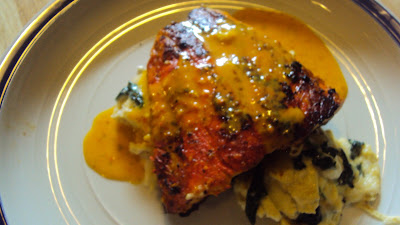 We wanted some good breakfast, but by the time breakfast rolled around we weren’t hungry, so we made it and basically ate it for lunch.  This is a take on some things we have done before, with the eggs and hollandaise, and with the salmon as well (though I usually bake it).
Enough with the lining, let’s get to business here. 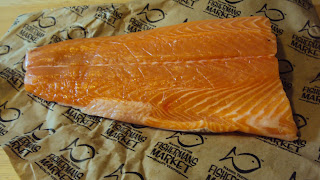 The sauce/paste – to be brushed on and set aside – for it is: 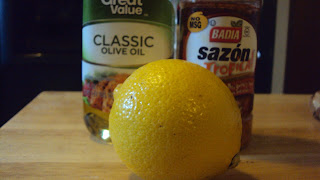 1.5tbsp tropical sazon
2tbsp olive oil
zest of one lemon and juice of half of that lemon.  Keep the other half, for… 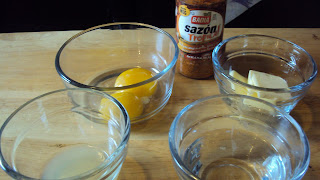 … the OTHER half of that lemon’s juice
2 egg yolks – don’t discard those whites, they can still be mixed in with the scrambled eggs.
pinch of salt
¼ tsp tropical sazon
¼ cup of butter 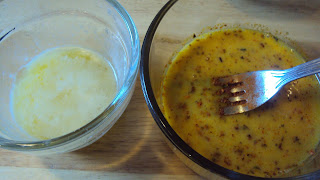 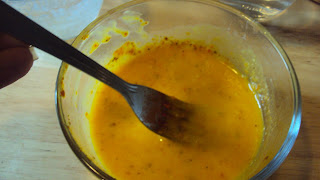 Back to those salmons. 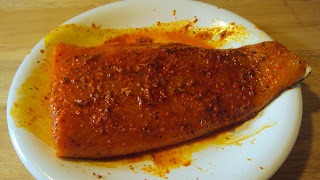 Place them in the oiled pan, skin-side down to crisp that first, cook and turn on the other side. 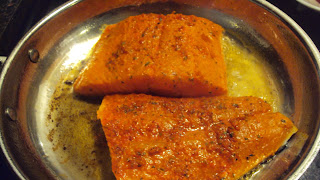 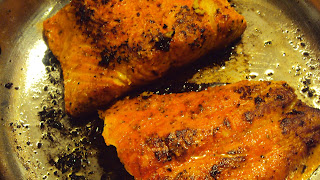 Cover and turn the heat off for carryover cooking.

And now it is time for eggy cheese™!
3 eggs, the two whites left over from the hollandaise, plus some--…  SHIT!!!

Put a pin in that.

Wilt one cup of spinach in the pan you will be cooking the eggs in, add some salt to taste. 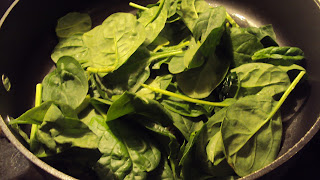 Now, back to the eggy cheese™.
The eggs from above, there, plus 2tbsp of cream cheese, ¼ cup shredded cheese – we used pepper jack, then scramble them all together, and into the pan with the waiting spinach. 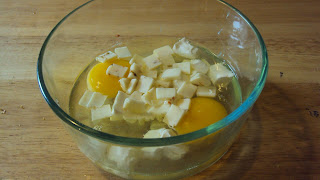 Get Phlip out of the kitchen now, let Mimi plate it really nicely and get a good picture of it before tearing into this gorgeous deliciousness. 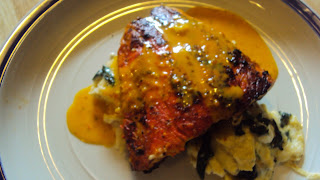 I swear, you can just taste the love in these things we've been cooking here, and this brilliant idea of taking a salmon I have done and her Hollandaise is all the proof one could ask for.

See y'all next week with scene three, unless of course we do something that pushes it back this week.
black people love chicken breakfast cooking damn that's tasty eggy cheese food healthy eating in the kitchen mimi phood phun with phlip we live together