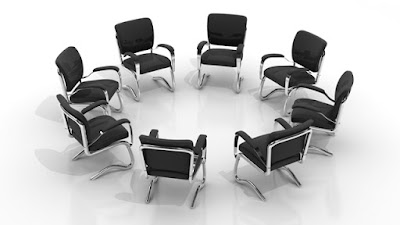 I have learned that while people SAY that they want a better life than they previously had, they really only want to have a better life than others.  Selfish as this may be, it just is what it is.  To be honest, I used to be like that.  I found that karma and whatever else you believe in would begin to catch up with me and that the desire simply not to come in last was not enough.
Now, I want EVERYONE to be as great as possible, even if that means some people will be better than me.  I think that is a part of leaving the world a better place than you found it.

I have personally tended to shirk the concept of “seek help” or “see a therapist,” I have literally monstered through every one of these fucked up situations that have presented themselves in my life.  I might or might not be a mess as a result of it, to be honest.
But I try to do the right thing.  In situations where there might not be a “do” as far as right things go, I do or say what I feel might fix the situation.

So sometimes, I Moe will hop on the Googles and seek out a help group session, like where people tend to seek help in talking about the issue that brought them to where they were.  I Moe will introduce, then sit quietly and listen to peoples’ stories before taking my his turn to speak.  This is strategic.  It is not to judge or through some voyeuristic interest in the fuckuppery of others, so much as it is to HELP them.
Help?
Yes, help!
Help how?
Thank you for asking!  By waiting and listening to what others have lived through, I Moe can fine-tune what has happened in the past, and do so in a manner that is so incredibly fucked up that the people with the real stories can feel better – or at least less bad – about their own situation.

It is brilliantly fucked up, I know.
So one day, I’m Moe is in this group session in Newton NC (just far enough from Greensboro to not encounter anyone who might know better) and listens to a man who would return to the store or sell EVERYTHING with any value his wife would buy their daughter to buy drugs.  She got suspicious and stopped paying cash for things and started charging them and that is how she caught him.  They wound up splitting over it and his addiction never got any better and he wound up sustaining his habit – but not securing anywhere to live – by stealing and recycling metal and whatnot.  It was actually kind of sad.
This one would be hard to beat.

“What about you, Moe?  What brought you to where you are?”

This is what “in a corner” feels like.  Expecting to have at least a couple of minutes to cook some shit up to compare to the previous ones, it seems that the out will be to swing for the fences.

Lady in the group: “It’s okay, we won’t force you”

Faces in the group changed quickly…  Everyone sat attentively and waited for continuation.

Loud audible gasps from the group.

“…  yeah, I dunno how many lost their virginity to a babysitter, but I am pretty sure it doesn’t happen like it happened to me.  It was clumsy and awful.  But I did it, and did it to completion.  I am pretty sure it was less than enjoyable to her too.  I went back to my room.”

Long pause, and everyone in the circle just kind of sat silent, saying nothing.  Perhaps not wanting to ask, but they wouldn’t have to…

“Everything is over, right?  I’m in the clear.  I can return to 6th grade and tell all my little friends that I was the first one to do it.  All good, right?
WRONG!!!
Her dad comes to the house a month later, FURIOUS, like flames shooting out of his eyes.  She was PREGNANT.  While she was not a virgin, I was the stupid one who didn’t know shit about birth control.  It was consensual as far as I cared, but  she was 17 and I was 11 and could have been in BIG trouble.”

“Oh my GOD, Moe!  What happened next?” one lady asked.

“Our fathers struck a deal to provide, but we were kept apart at all costs.”

“So what about your… …?” came the next question.

“Daughter.  I didn’t finish boarding school until she was already in elementary.  We were introduced, but never close or anything.  I have given her my time when I could and picked up where my dad left off with material support, but our relationship was so poisoned by the time I was myself no longer a child that it was doomed to fail from the start.”

Two of the ladies in the group were crying.

“Yeah, it was fu--...  messed up.  I was LITERALLY afraid FAR into my 20s to even TRY to have sex again, and with my dad’s seemingly endless supply of Bourbon, I went the wrong way.  Three DUIs in 5 years, I don't know HOW I didn't go to jail.  Life overall never went up from there, really.  Substance abuse, loneliness.  I was basically cut off from a  kid because I was effectively never allowed NOT to be one myself and all for my own bullsh--...  uh, mistakes.”

They stopped asking questions and  everyone hugged me Moe, we finished our refreshments and left the meeting.
In the parking lot, the custodian working at the church, who was basically just there to let people in and out walked up to me…

Custodian: “That was a good-ass show you put on back there, my man”
Me: “huh?”
Custodian: “You know good in the hell well if a 17 year-old got pregnant having sex with a 10, 11 year-old, that shit’d be all over the news.”
Me: “Well they didn’t exactly give me time to cook up a fully cohesive story.”
Custodian: “Wait, so you made it ALL up?”
Me: “On the spot!”
Custodian: “Damn, you a bad motherfucker--…  What was your name again?”
Me: “Moe…  Moe Phillips”
Custodian: “Well you take it easy Moe Phillips.”
Me: “Be easy my man.”

I think Moe's secret is safe with that janitor.  I just hope I painted a fucked up enough life to make them feel better about their own.
group therapy life Moe Phillips self help therapy true story