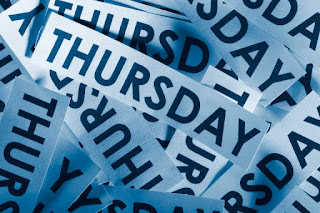 I am not “popular” but a lot of people seem to know who I am.  It is rare that I go out anywhere within an hour or so from my city that I don’t bump into SOMEONE I know.  Bear in mind for those of you who didn’t learn in elementary school that North and South Carolina are two different states, we do have paved roads and indoor plumbing here in NC and I live in the 68th-largest city in the US.

Anyway…
Back in November, Dollar General had Hot Wheels buy one get one free and I made a point of trying the stock in each of the 5 within five miles of my house.  On a random Friday morning I happened to have off burning up some time, I stopped into one of them and bumped into this girl I had some dealings with when I was 16 doing some before-school shopping with her apparently high school-age son.  I guess you could call it “puppy love,” but in 1995, she was a 'girlfriend' in my 16 year-old mind, at least for a little while.  More on that in a bit though.  I saw her and she saw me, but I had no obligation to speak or anything.
She spoke first…
Her: “Phillip?”
Me: “Yeah, what’s up [redacted]?”
Her: “Nothing much, you live around here?”
Me: “Sort of, I live up over by [landmark].  You?  I know your parents use to back in the day.”
Her: “Yeah, I am back with them since my mom got sick”
Me: “That’s admirable…  Sorry to hear that about Mrs. [redacted]”
Her: “Thank you so much…  What’s up with you?  What are you up to these days.”
Me: “Working, paying bills, writing, raising a princess. My lady recently moved in with us.”
Her: “That’s very sweet.  How old is your daughter?”
Me: “Six”
Her: *motions to uncomfortable son* “16 here”
Me: “Probably knows with my brother’s son, I see that [school] shirt”
Her: “Yeah, I see your brother at the school all the time”
Me: “Cool, he lives right up the street too”
Her: “Well look, I gotta get him over to school, we should totally catch up sometime”
Me: “My phone is in the car, my number is 336-xxx-xxxx, text it and I will respond”

You ever wonder if people remember the shit they did to you?  If ever you need a confirmation that they don’t, lets think back to 11th grade.  When we both started working at this store I worked in, she kind of approached me, we hung out around the store and outside of work because our parents had grown up together and our grandparents lived about three blocks apart.
But we went to different schools.  At 16, shit like that apparently mattered.
So as I understood it, other boys at her local school began paying attention to her and as a result she started to become distant as convenience would allow.  Around me, shit was all lovey and such, but phone calls would be shortened or stopped almost immediately with “I need to call you right back” and the return call would never come.

The façade would continue though, I left the job for another and she applied and came too!
And that is when shit really started to fall apart.  Telling one of my homies back in school about work one week, he excitedly stops me mid-sentence.  “You work where?  Do you know a girl named [redacted]?”
Poker face…  “Yeah, I know her.”
“Yeah man, that’s my girl now.  I met her in the mall a couple weeks ago!”

A couple of weeks of back and forth and me continuing to pretend to not remember what had happened as kids, we had established ourselves as “friends from high school” as she put it and she wanted to meet with me and my lady one night to have drinks.
I have a policy involving my current and my exes.  Simply stated, "ne’er is the one currently tasked with fixing what is broken to cross paths with the ones who did the fucking breaking."

I hired a stand-in.
I had burned the Marlon bridge, and logistically this is not a situation that Moe would be able to handle, so I had to get creative…  I reached out to my friends-since-7th-grade homie from high school to remind him of the situation.  Back in 95, I didn’t tell him what was going on.  I saw in the moment; the shortened phonecalls, the lack of attention, etc…  I was being curved before “curved” was a thing.  2017, though?  He remembered her, remembered asking me about her and all that good stuff.
He is also MARRIED.  We're 38 now and shit that happened when we were kids is mostly back there.
[Phlip note: "mostly," except when we're being petty as fuck for no good reason]
His wife was sitting in the kitchen as we sat and talked about it openly, sat down and said “shit, I will go!”

Bet!  December 7th seemed as perfect a day as any.
[Phlip note: get it?  Throwback Thursday!]
I set everything up for this bar and grill downtown at 7:30.  Instead of my usual surgical punctuality, I would wait for her to text me she was inside waiting, then I would release my mans and his wife to go in my stead.

A series of texts pressed me for my whereabouts and ETA.  I used them as an opportunity to glean her precise location in the restaurant.  Naturally,the WHOLE conversation changed up when my homeboy and his wife walked in and sat down WITH her.
Was I there to watch it?  FUCK no, the Lakers were playing the 76ers that night and I had to work Friday morning.  Fuck is wrong with you?  I kinda wish I had gone, though.

When my homie’s wife started laughing at the whole situation we had cooked up RIGHT in this girl’s face, she has not even bothered contacting me to tell me what an asshole I am.  That could change since it has only been a week now.
Almost 23 years now and I still haven’t gotten to say in actual words to her what an asshole she was.
black people love chicken breaking up curved exes happy where I am relationships setup true story