Sometimes the best things come up in the last seconds of a planning session.

It was Sunday, we had a post to make for Tuesday and we hadn’t even been to the damn grocery store yet.  This may or may not be because someone was couponing instead.  While in Sam’s getting our haul for the two weeks, the couponer in chief Mimi suggested a jambalaya, a comfort food we’ve all come to know and love just in time for the cooling weather outside.

Cool, something we all like, something DEAD simple to make.  Basically mixing everything in the pot and letting the flavors marry nicely.
Wait…  I don’t eat pork.  She CAN’T eat shrimp.  We aren’t eating rice.  How in the blue hell are we going to pull this off?  Quite easily, actually.  Let’s get into it. 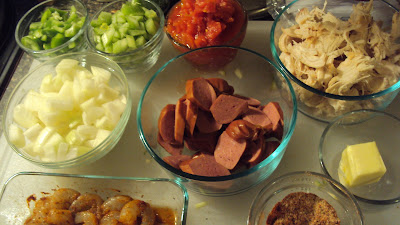 1 cup each green onion, green bell pepper
1 can, rotel
2 cups diced onions
Meat from a rotisserie chicken, or about a pound of shredded chicken of your choosing
1/2lb turkey smoked sausage (but you can use beef or pork, even andouille if you choose)
1 bag frozen shrimp
2tbsp butter
Cajun seasoning (more on that in a minute)

Spoon enough of that to cover your shrimp and set it aside, it will go in last.

Into the big pot first goes the holy trinity, sweat them down a bit: 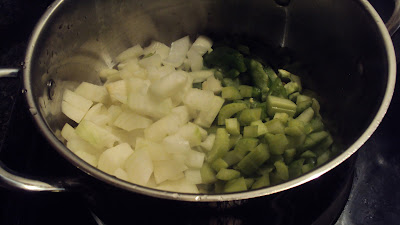 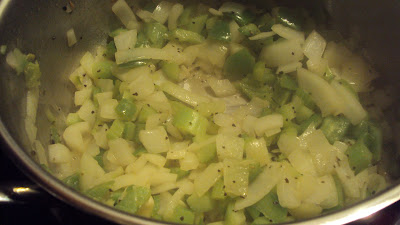 Next in comes the can of Rotel: 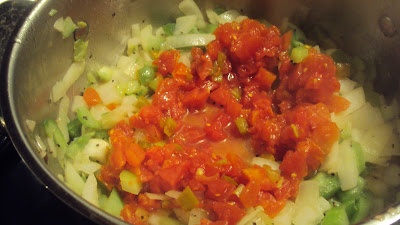 Cook that in well – basically bringing the tomatoes to temp and the whole mixture looking good, then in comes the sausage: 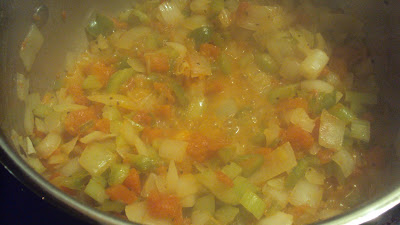 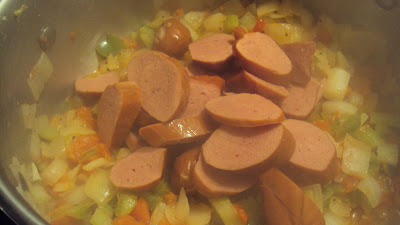 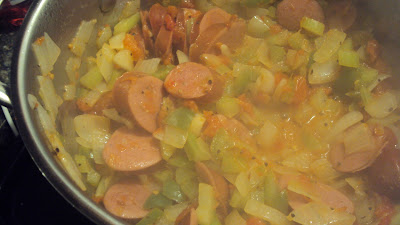 [Phlip note: if it SEEMS that this is being oversimplified, it is because it really is as simple as adding and heating up the ingredients]

Next into the pot will be the chicken: 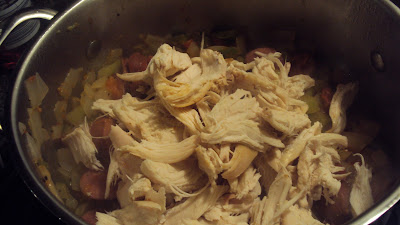 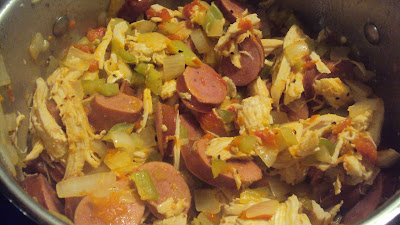 About the “rice” we discussed at the top up there.
We’ve been singing the praises of riced Cauliflower for the last couple of months and today will be NO different.  One 12oz bag goes in now, then the rest of the Cajun seasoning: 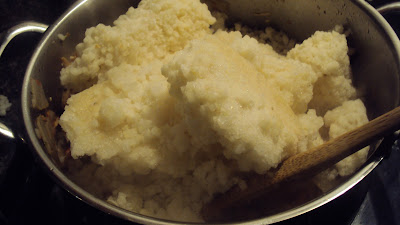 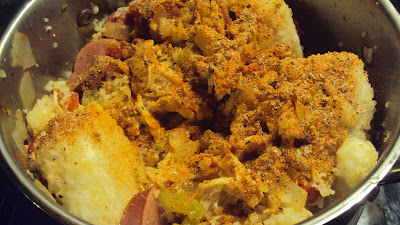 Mix and cook it in with the rest of everything else, until the liquid begins to cook off.  You will know now, by taste and eyeball, if anything else needs to be added to the mixture (if it needs salt, add it, if you want it hotter, add more cayenne, if it is too dry, now is the time to add some chicken broth).  We added a couple of tablespoons of tomato paste and some chicken broth for some acidity and to loosen it up, respectively: 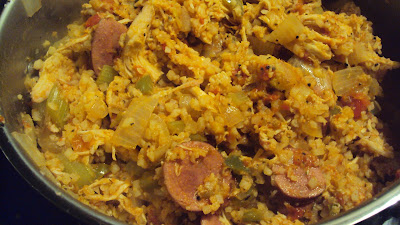 Once we’ve mixed all of that in, you can toss in those shrimp if you will survive eating them: 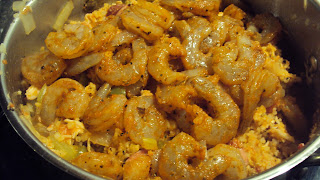 Worry not, Shrimp cooks FAST, even from raw, so they will be done in not much more than 5 minutes in the simmering mixture. 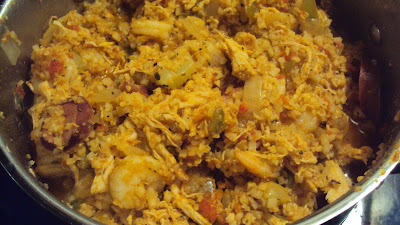 And, following a dance of “add this, add that, let it cook some and add some more stuff,” you’re DONE.  Let it rest a couple of minutes, plate and garnish with some green onions and all is well: 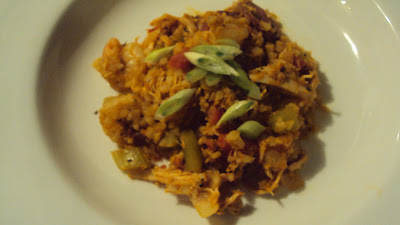 Mimi’s shrimp allergy is weird.  She can’t eat the shrimp, but their having been in the jambalaya leaves her unbothered.  The bonus is that when we DO get to eat it, I get all the shrimps on my plate.  Well…  93% of them, as I catch her stealing one and popping a Benadryl immediately after sometimes.

As far as simple meals go, though, it doesn’t get much easier than this.  Not terribly expensive either.  We’re looking at about $14 worth of materials and seasonings that you should already have in your kitchen.  We both ate twice off of this and froze enough to eat about twice more.
black people love chicken cooking healthy eating in the kitchen mimi phood phun with phlip we live together