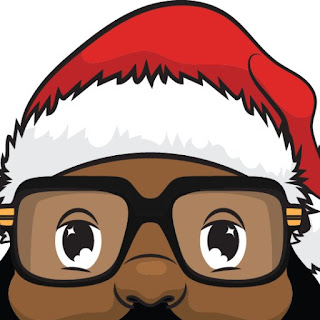 Let’s be honest here, it’s 2017…
Santa’s business model is about as feasible and sustainable as congress would have us to believe that trickle-down economics is.  That is to say, a fucking fairy tale.

Perhaps there was a time in history where “give all the kids in the world presents” was all fine and cool.  As Japan and China gadgetized the whole world, though, the cost of development and manufacturing became quite a weight on the fat man’s shoulders.  Bear in mind that he had to continue to pay for the sustenance of his elves and reindeer – not to mention Rudolph’s rehab fees – it only made sense that he would need to take on a day job of some sort for the other 364 days of the year if this is to work at all.

Back in the 4th century, the original Saint Nicholas would give gifts to the poor – especially poor girls so they could have something as a dowry and remain worthy of marrying by not becoming prostitutes for money – as one might expect a Bishop who is REALLY about the mission to do.


2017, Santa is still expected to perform every year on December 25th with all of that on his plate.  He has to operate under the still-understood secrecy that is the fact that most people over school age not even believing he is actually real, and has to be able to operate his business in the black while doing so.
How, exactly, do you think he might go about such a damned thing?

Wait…  Before you continue, go back up there and actually click on the Rudolph thing, then come back.
I spent the last year digging into the situation and researching what the hell COULD it be that Santa is doing to make as much money as he would HAVE to make to keep giving out Xboxes and motherfucking iPhones every Christmas now.

That’s right…
Where y’all think Rudolph picked up his habit?  Santa KNEW that shit and uses a slight amount of backslide to keep him off the wagon JUST enough to be gainfully employable, but hooked just enough to keep him alive, but still on clientele.

It stands to reason that just one fiend who happens to be on both your payroll and customers list at the same time is not enough to make a real profit.
[Phlip note: we’re to understand that this is also why Cash Money Records can’t keep artists, but…]
So what does Santa do to fill in the gaps?

…  does it not stand to reason that he also knows when you’ve been treating your nose or have a monkey on your back?

I imagine that for the most of the rest of the year, Santa is a HIGH level cartel don, perhaps maybe even an executive at one of those big-pharma outfits, FULLY using his omniscience as to who is hooked on his wares to keep congress in his ever resultantly fattening pockets. 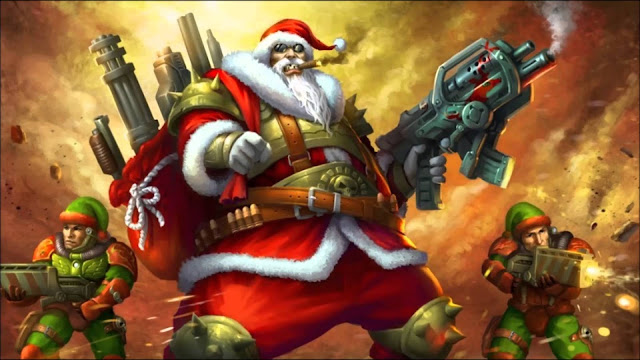 (and you BETTER have his motherfuckin cash or else!)

Have you listened to urban radio lately?  It is full horrible music from people full willing to cop to doing bad things and therefore ineligible for Christmas morning comeups.  In exchange for the money THEY make selling bad music to people who somehow like bad music, Santa makes his money back off of them with all of the drugs they readily brag about doing and/or selling.

Right now, there is a meth den in a Midwestern trailer park inhabited by someone who voted for 45 so Mexicans can’t jump the wall and take his job.  His uncledad will drop by and buy from him periodically; a hilariously ironic situation that Santa Claus himself is continuing to make possible so the above-mentioned men’s nephewson and neicedaughter can have the items they desire when they wake up on December 25th.  See, when the government cracked down on pseudos in the meth outbreak, it was Santa that swooped in with the cheap work so that man could keep the ball rolling.

If not for what we are to understand that we get out of Santa Claus every year, that motherfucker COULD be going down for insider trading.  As it were, though, he appears to be paying himself handsomely through a non-profit.
black santa Christmas employment he knows when you're sleeping santa claus the krampus true story unemployment work